I create a ''step''  (by the ancient Greek definition), which gives the chance and space to people to propose and express their ideas, in public, challenging the current institutional rules which serve cultural memory and the development of the idea of common Cultural identity.

I create a mobile sculpture installation with the sign ''Mnimeion-Monument'', a monument -base without the statue that I placed, illegally, in different locations in the
city in order to offer a free
position of ''Ephemeral Cultural Representations, hosting different proposals, monuments, performances, etc.

Initially, I placed ''BIMA'' in the centre of the city in Academia Avenue for four days, in order to approach passers-by, asking them to use ''Bima'' and place different proposals in public. 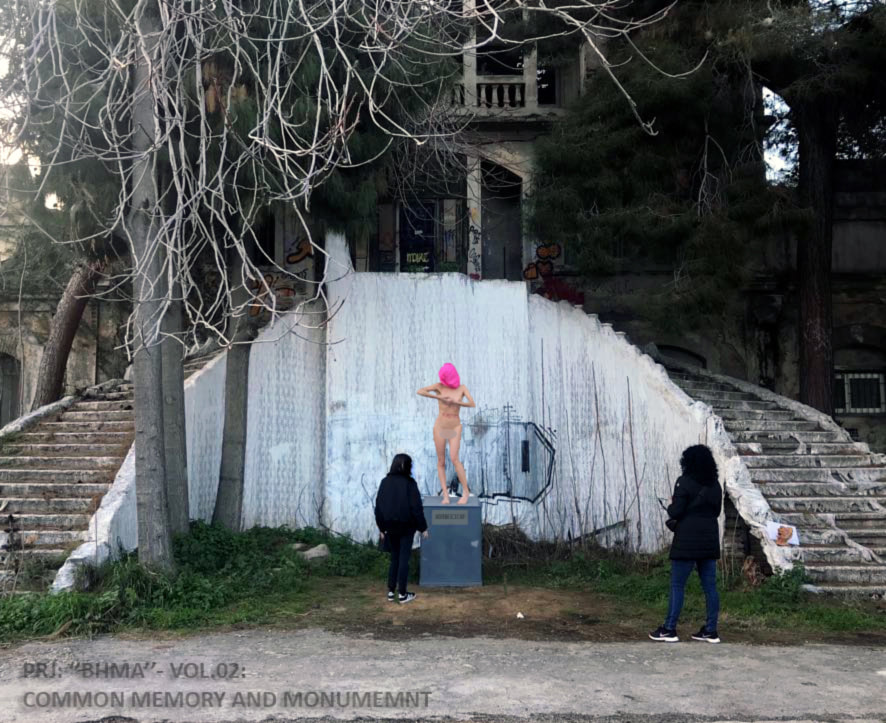 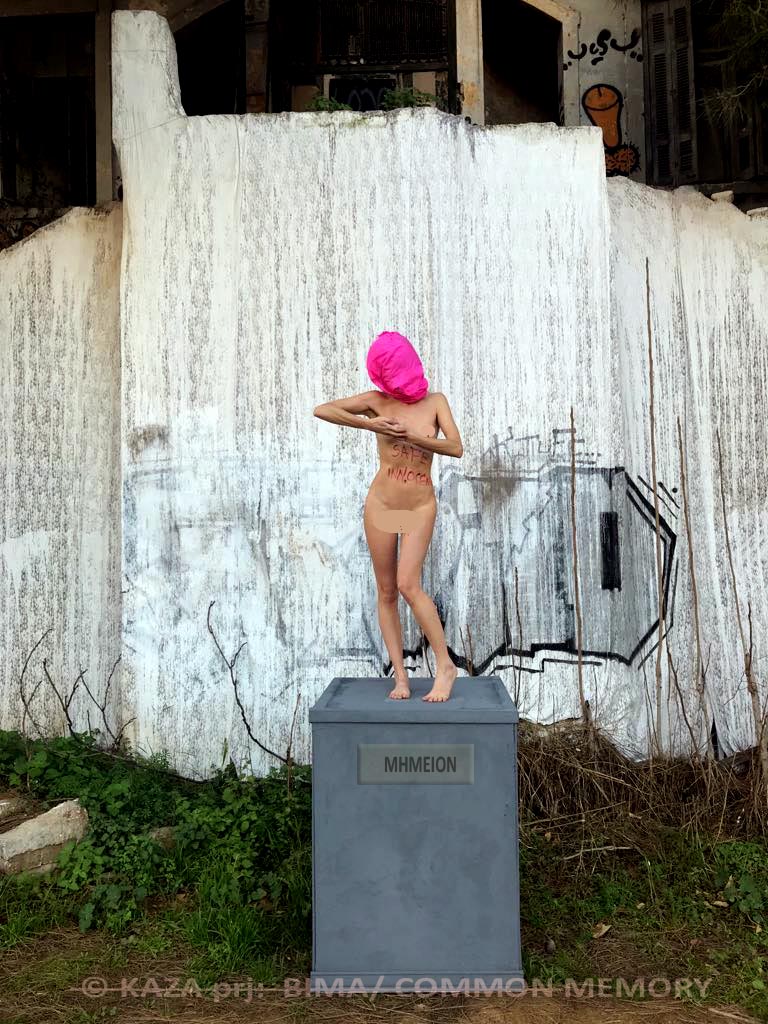 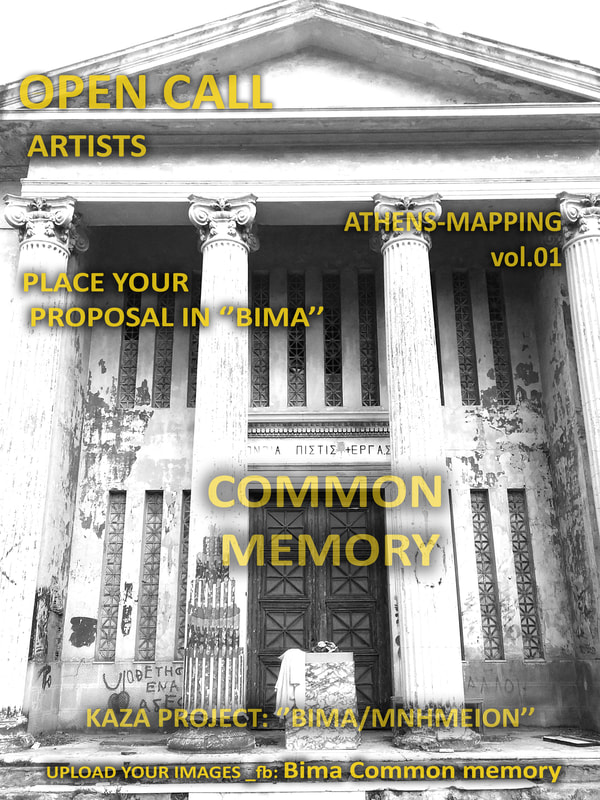 I continued in an old classic forgotten building in front of the Art school of Athens, creating an open callexhibition for artists, in order to participate, asking them
to stage different hypothesis of cultural representations.

Further, I made a Workshop in collaboration with women refugees of Athens, in order to create a common monument, expressing and understanding the characteristics, the production process and the notion of cultural identity ,under different social-political circumstances.

Finally, I created a website and
the social media platforms, creating an open dialogue and informed creators and audience about the artefacts, map, timetable and the locations where Bima is placed.